Get Your Game On At Graton

Welcome back! We have a special treat in our latest installment as we take a look at some of the most popular games at Graton! From giant linked progressives to action packed mini games and more, we’ve got something for everyone! Join us as we explore some of the hottest games that are generating buzz, hand pays and excitement. One of these slots might just bring you your next jackpot! Let’s jump in. 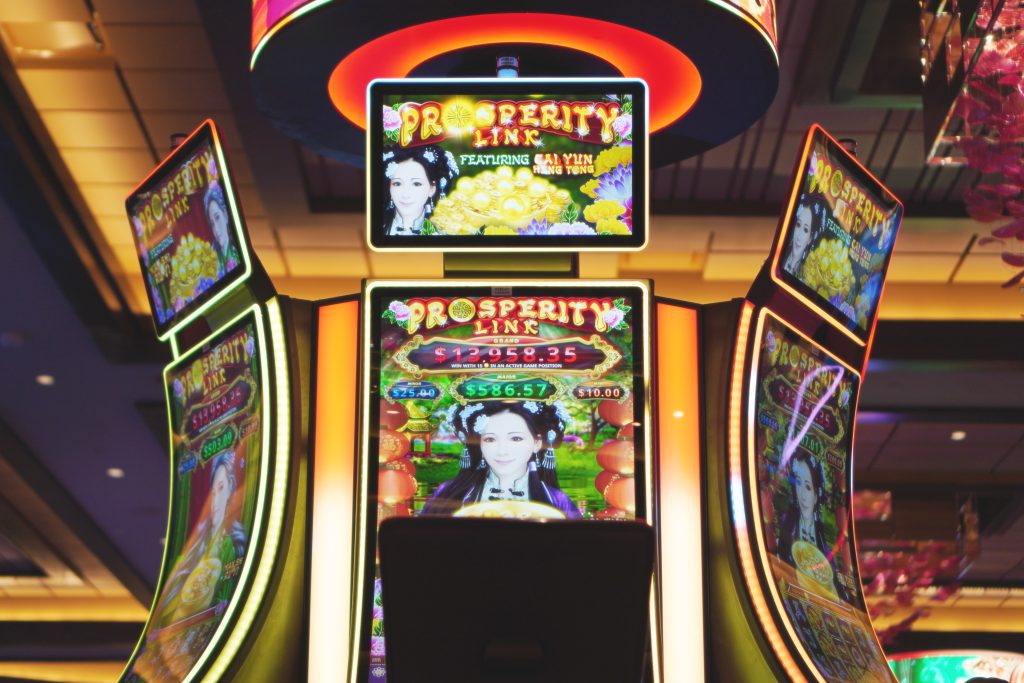 Peace and Prosperity await in the form of giant jackpot wins.

Prosperity Link is a game with multiple layers including the Lock & Re-spin bonus feature. In the Cai Yun Heng Tong game, scattered wilds across the board can lead to massive gains including free spins, multipliers and bonuses from the prosperity pot. Players can collect golden orbs, and once six orbs have been collected, the Lock & Re-spin feature begins. The board will expand and orbs will begin to descend into five columns. A meter is available to see how many orbs need to be collected per spin to unlock additional reel sets. 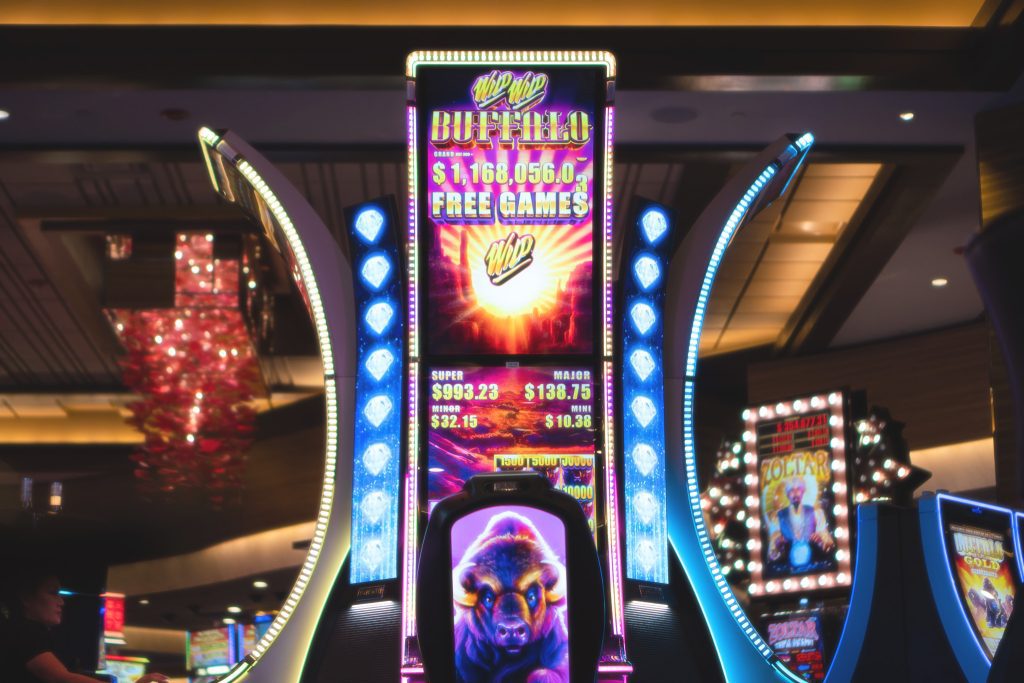 Join the stampede for your chance at jewels and gems!

Coming from a long line of Aristocrat Brand fan favorites within the Buffalo Series, Wild Wild Buffalo is no exception. For those of you familiar with Buffalo Grand and other slot games in the Wild Wild series, this game is a cross between the two. Wild Wild Buffalo has a staggering 576 ways to hit! Similar to Buffalo Grand, players must bet at least $3 to activate the Grand Progressive feature. Scatter wheel symbols are present throughout the game and offer a chance to trigger anywhere from 8 to 50 Free games at one time! 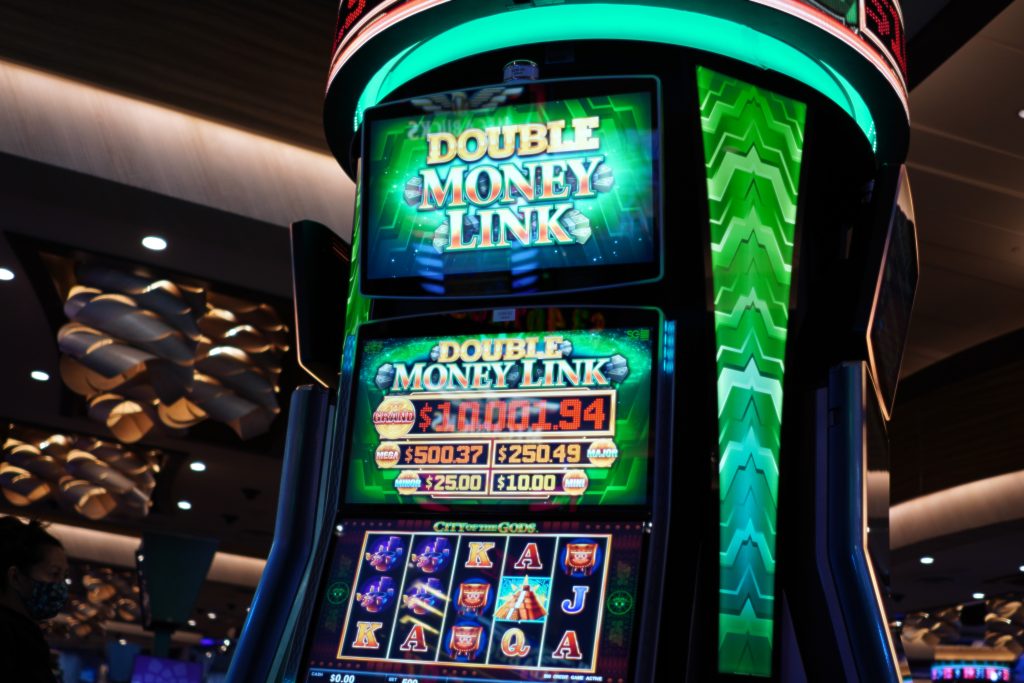 This game is monumental when the double link feature is triggered. Link up for double the fun!

As a new game series crafted by Light and Wonder, Double Money Link has swiftly jumped in popularity among slot players all over. It features various coin, pyramid, and mystery symbols that offer a chance at triggering major bonuses, free games, and extra reel sets. Pyramids in the center of each reel trigger eight free spins. The Money Link feature can be triggered if a player collects six or more scattered coin symbols. The symbols, once collected, remain in place until three empty spins which ultimately rewards players with an accumulated bonus. If all 15-reel spots fill with coin symbols, this triggers the grand jackpot! The Double Money Link feature triggers randomly and a second reel set will appear, allowing players to take advantage of the Money Link feature on both sets at the same time. 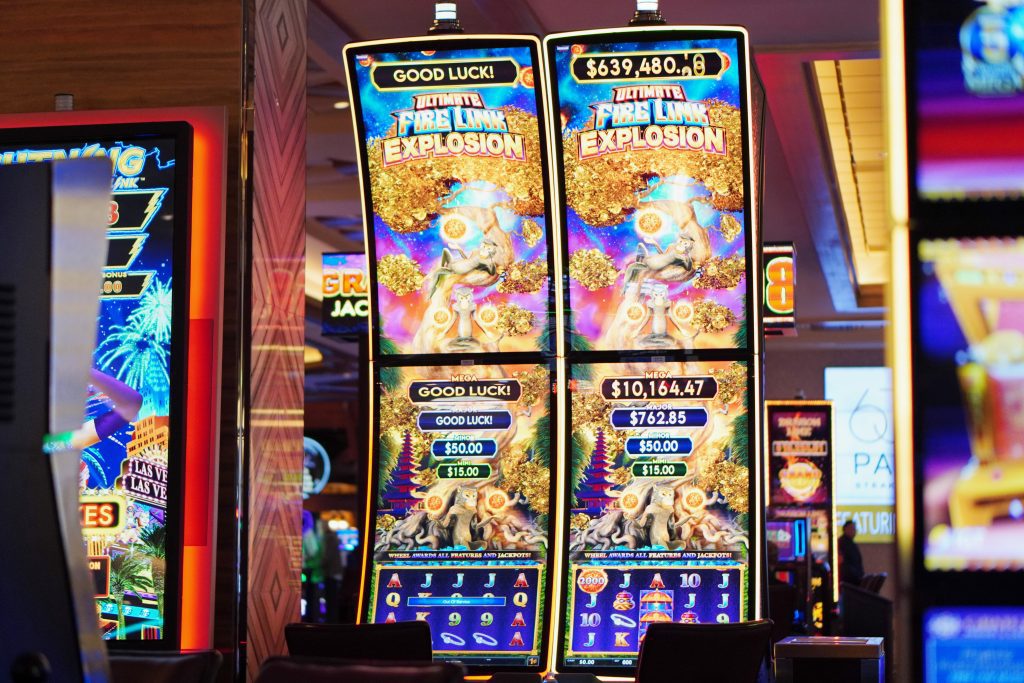 Fortune is here in the form of exploding fireballs with this new take on a classic game.

Some of you may be familiar with Scientific Games’ Ultimate Fire Link as a casino staple. Ultimate Fire Link is here now to bring even more blazing hot jackpots with 5 reels, 50 pay lines as well as an all new bonus game. The game remains similar to the original with fireball symbols capable of triggering increased pay values and jackpot bonuses. Six fireballs of any value can trigger a Fire Link. The reels continue to spin and allows players to advance to larger payouts by collecting more fireballs. A brand-new feature to look out for is the wheel feature. This bonus game is triggered by collecting three treasure chest symbols. The entire screen will shift to a rotating wheel with prizes including mini, minor and major jackpots, free games, and if you’re lucky… the Ultimate Link. 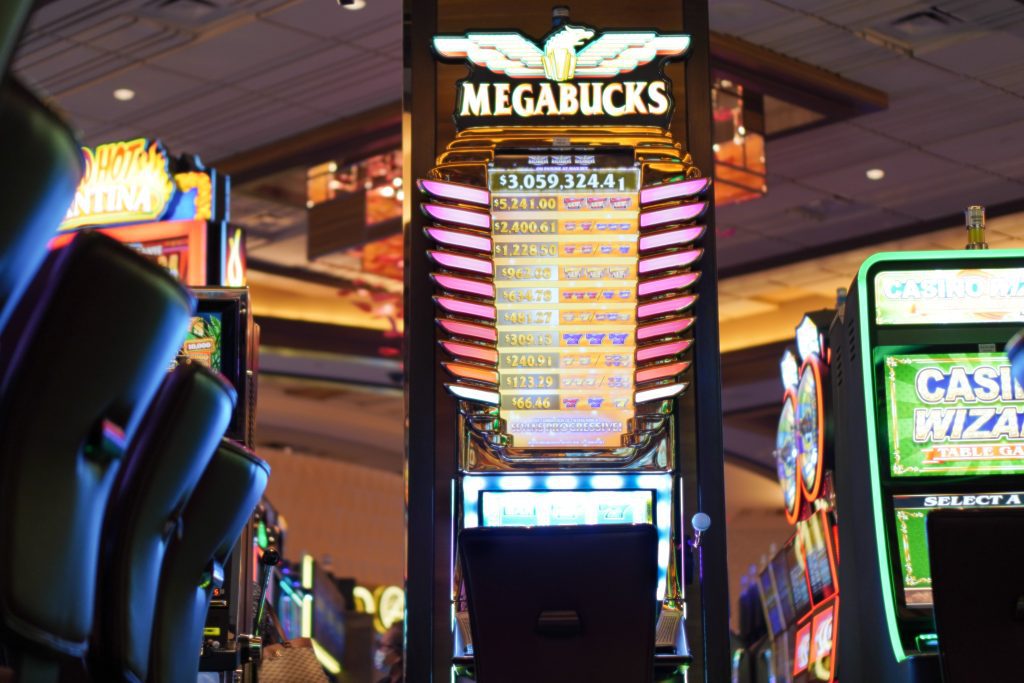 Take your chance to earn some Mega money on this fan favorite progressive.

Megabucks is a classic at nearly every casino, with good reason. Playing is simple, with 5 reels offering 60 pay line variations. Symbols to collect include standard fruit symbols, 7’s, 5x multipliers, bars, and of course the elusive Megabucks symbol. Bets vary with a minimum of $1 and a max of $3. Where this illustrious game shines, is that it is a linked progressive. With a max bet, players can trigger and land massive jackpots by collecting three Megabucks symbols. The best part; the jackpot progressively increases, which means if you win, it may just bring down the house! Our largest Megabucks mega winner in July won an astonishing $3.6 million dollars!

Thanks for reading! To see the latest and greatest jackpots, brand new game drops, and more, please check out our social channels. We hope you’ve enjoyed hearing a bit more about some of our current, favorite slot game favorites. Make sure to try them out on your next visit! 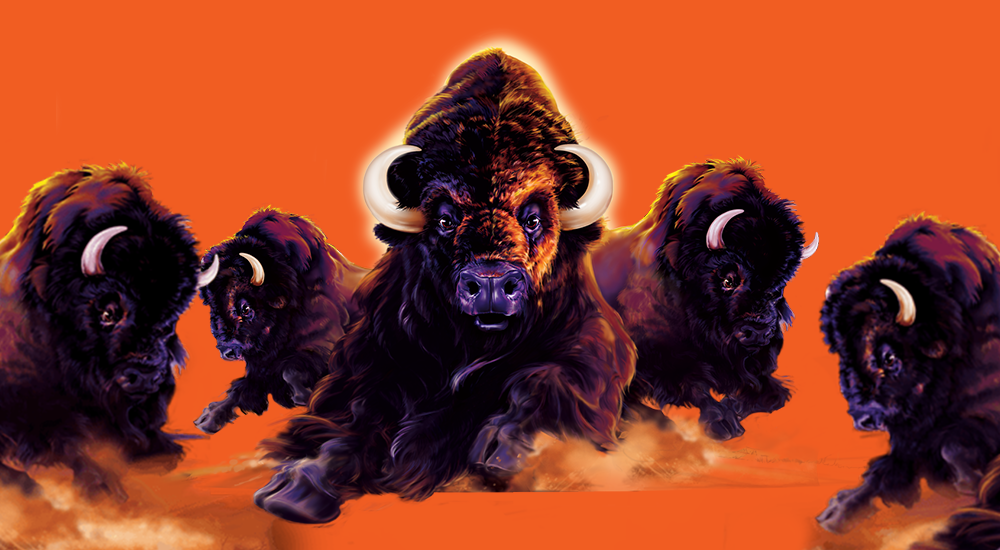 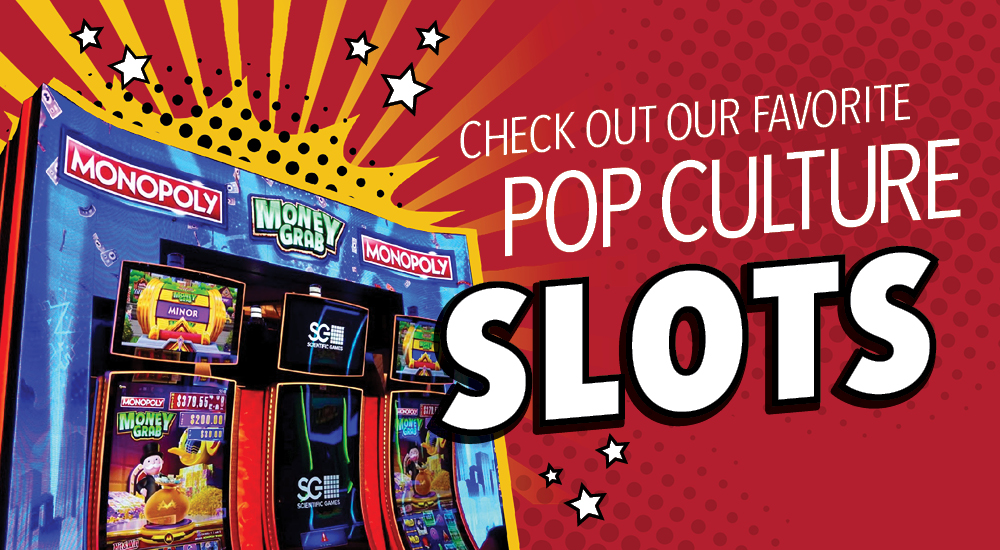 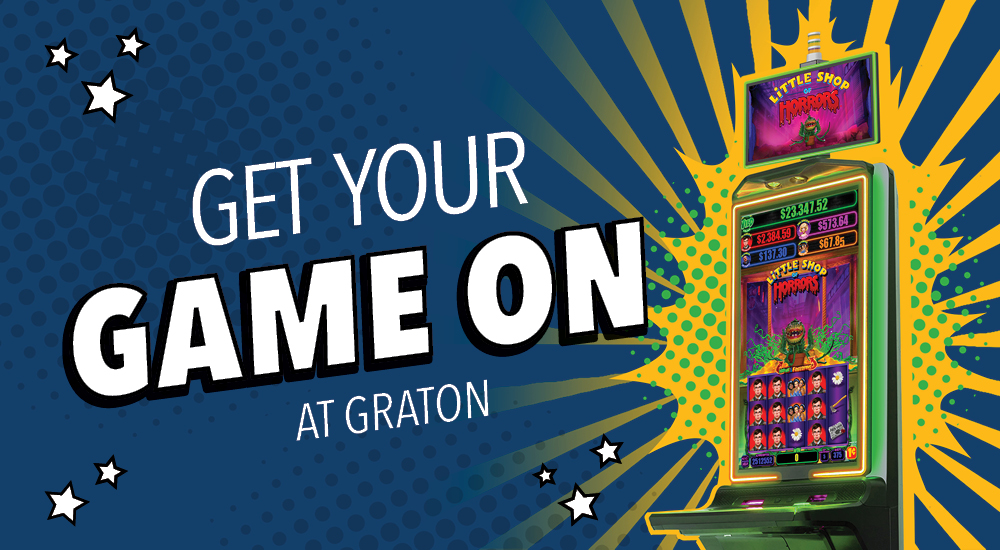